Her father was a painter and a pioneer of the hippie movement in Japan. She was born and raised in the commune of Amami Oshima. When she was young, she dropped out of elementary school, and traveled around Japan and earned her travel expenses by dancing on the street.

She left her hometown at the age of 15 and began to learn the traditional arts of Japanese drums “Chichibu yatai bayashi”. When she was 16 years old, she was strongly attracted by the beauty and the intensity of the sound of Tsugaru shamisen, and became a disciple of Banshu Ebina who is a master of it. During her training period of more than 20 years, she acquired the skills of Tsugaru shamisen, Shakuhachi, Singing, Folk drum and Shima Uta which is a unique group of folk song pass down in Amami Oshima, her hometown.

In March 2011, the accident at the Fukushima nuclear plant caused radioactive material to scatter over a wide area. She feared its influence, evacuated and migrated with her two daughters from Saitama to Okayama prefecture. Recently, she has been performing at the events, while opening a folk song classroom in her house. Also, concerned about the health condition of children in Fukushima, she performs the recreation camp in Okayama every summer since 2012 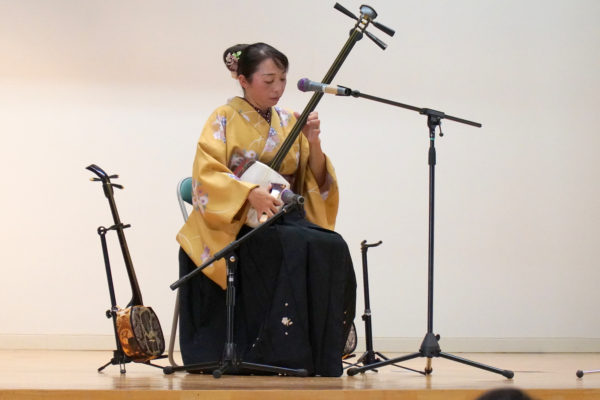 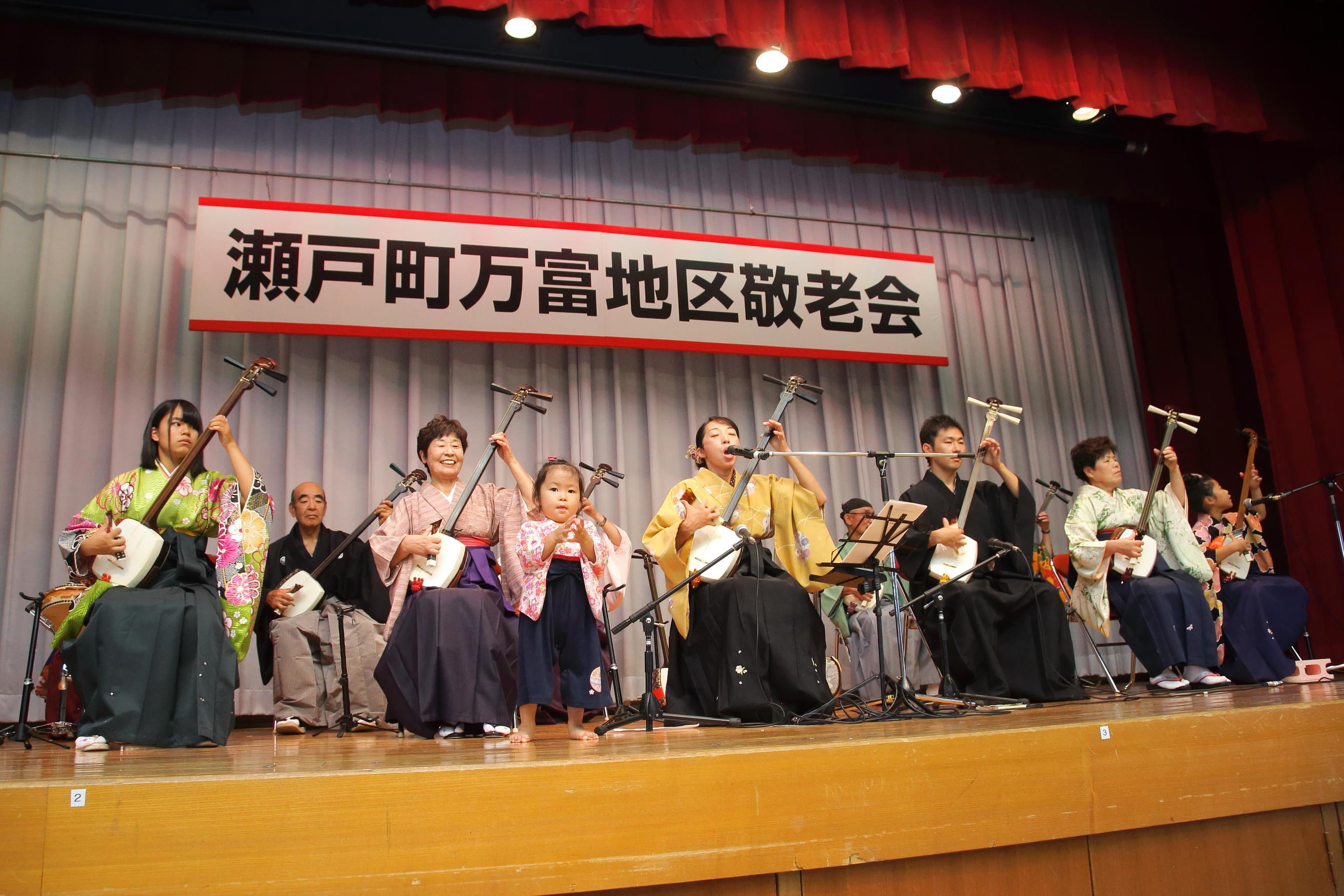 has a prominent Tsugaru-shamisen technique 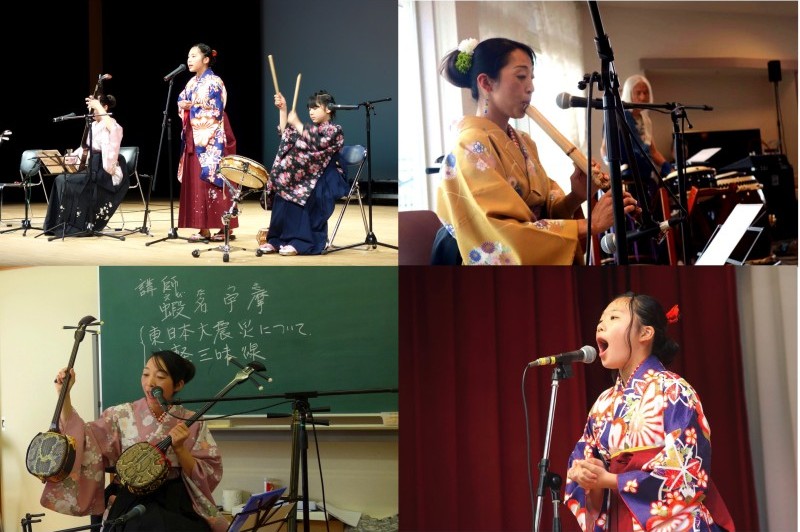 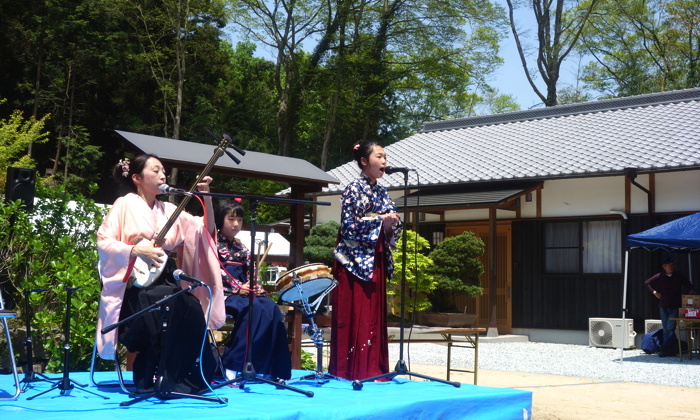 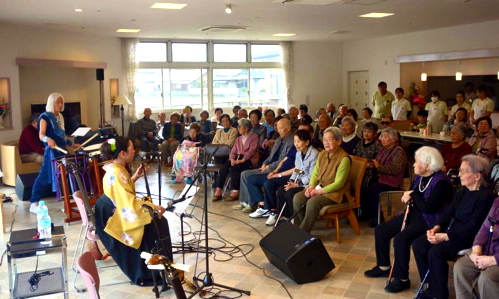 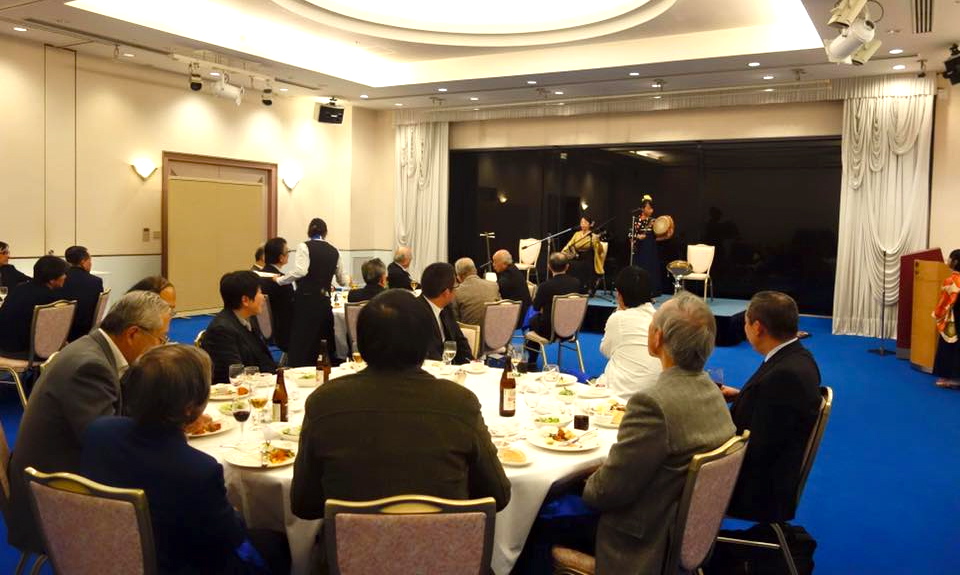 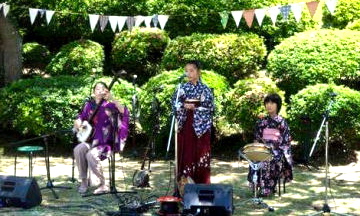 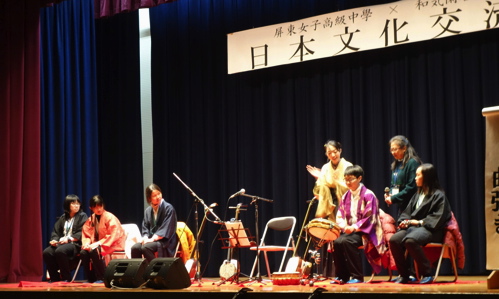 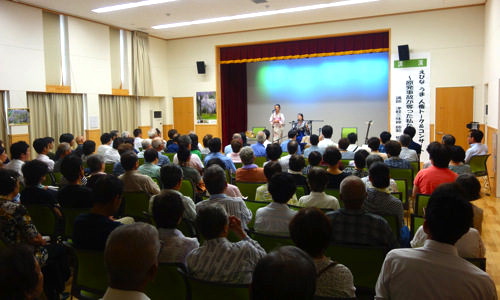 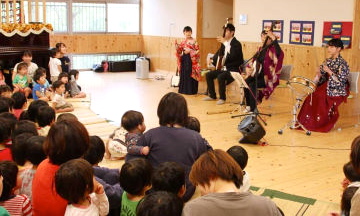 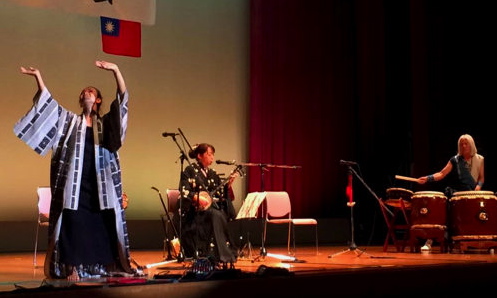 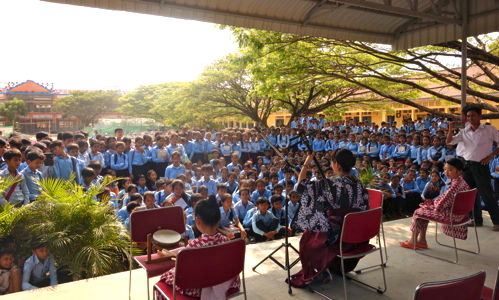 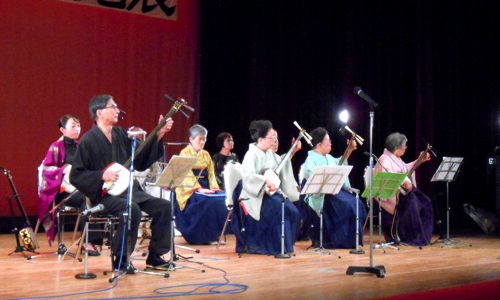 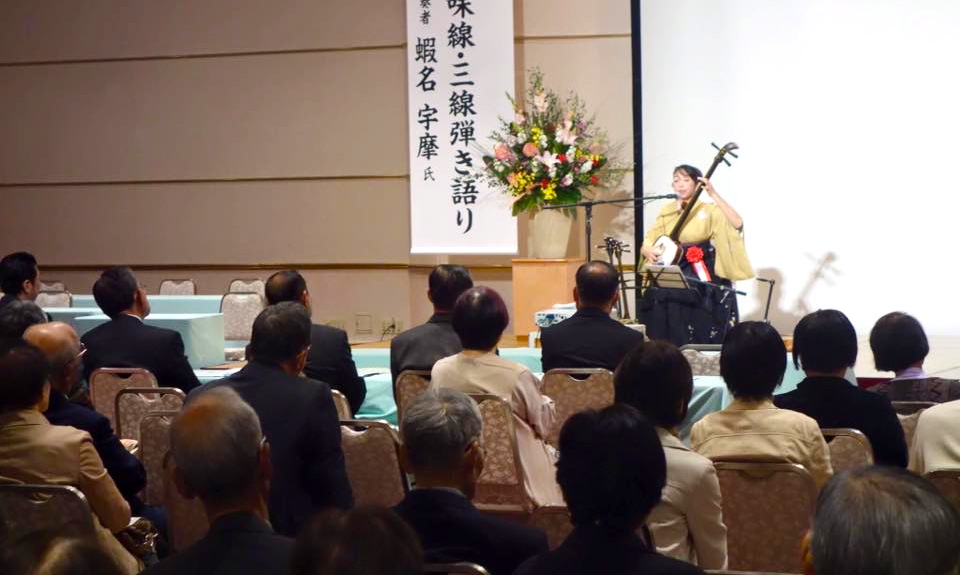 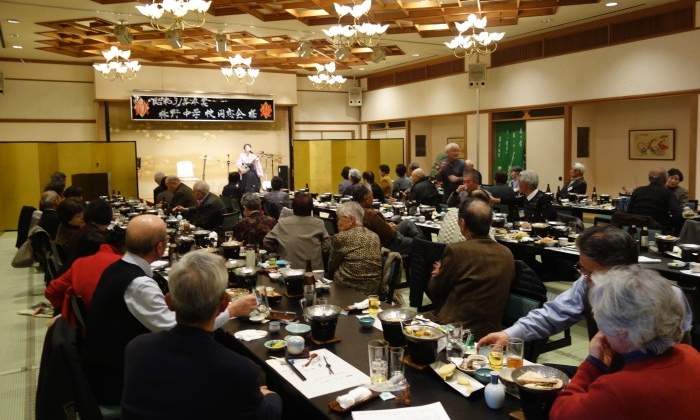 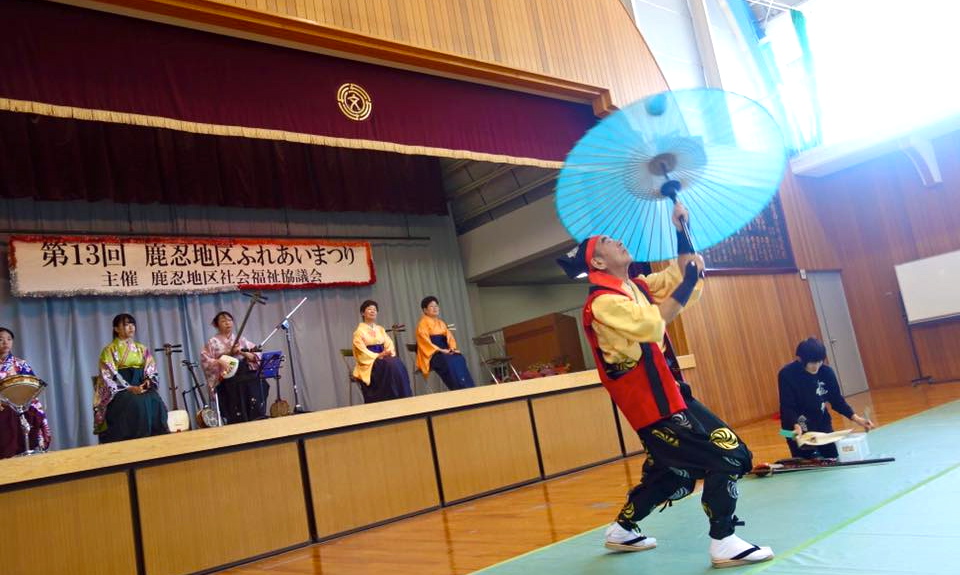 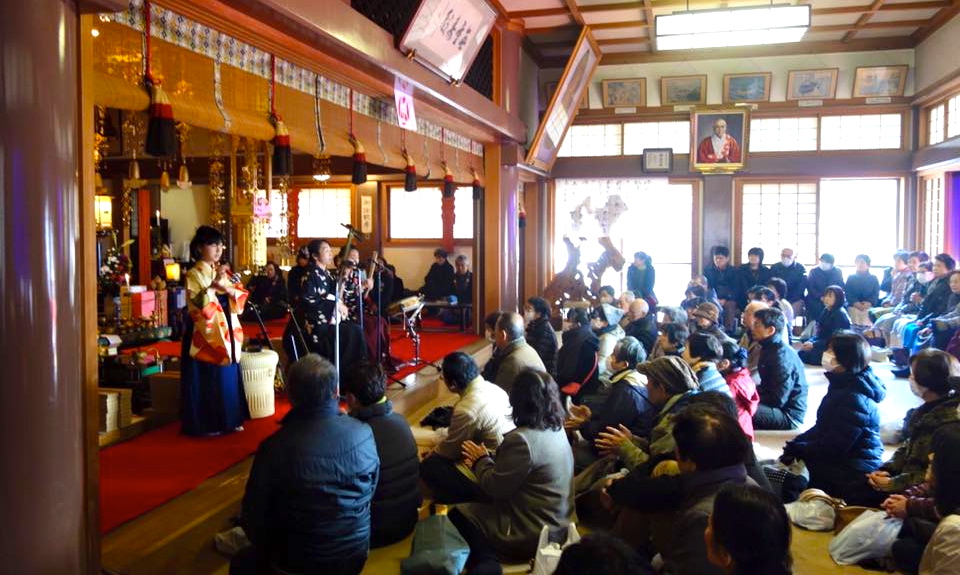 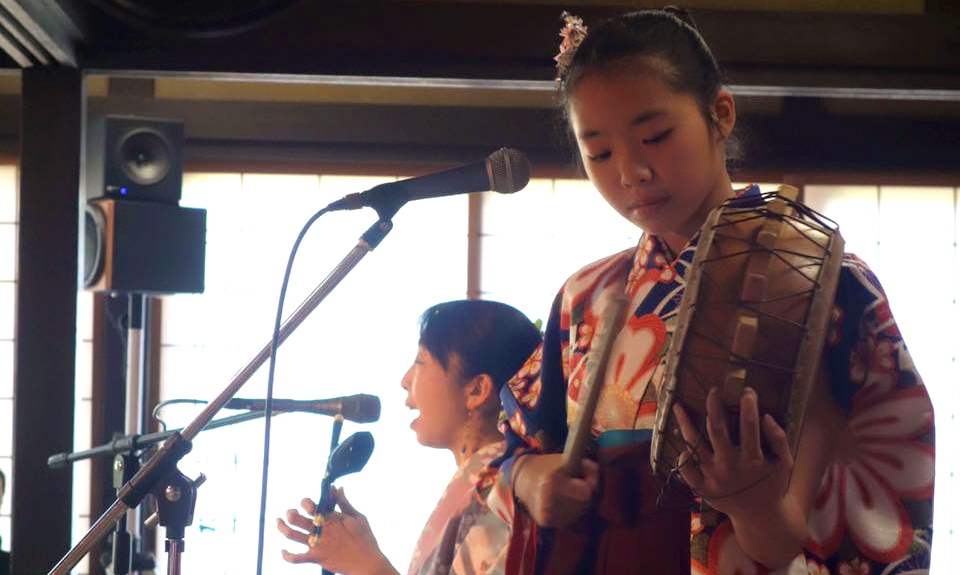 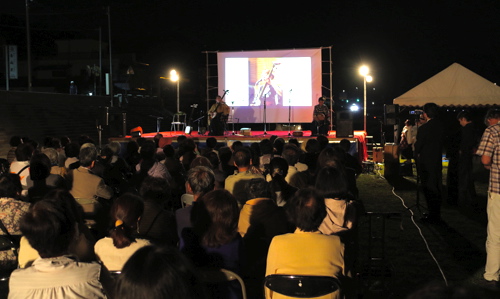 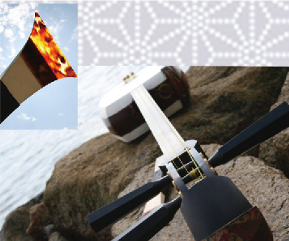 Shakuhachi is a woodwind instrument made of bamboo. Though it has a simple structure with removing nodes and five holes, it can produce a range of 3 octaves. Also the sound of nature such as the wind and the chirping of birds have been taken into the expression since earliest times. Until modern times it was used as a ritual implement of Buddhism. And a Buddhist group regarded the blowing of shakuhachi as a part of the training to attain spiritual enlightenment as well as Zen meditation. 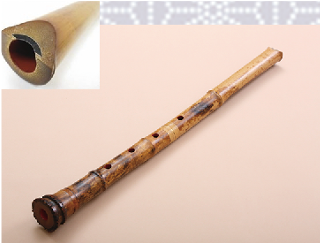 This instrument is used in singing folk songs in Amami Oshima (called Shima Uta) located in the South Seas of Japan. In this Album, this song is HONEN bushi (track 4). Shima Uta has developed uniquely because it is far away from the mainland of Japan, over the sea. The features are the frequent use of distinctive falsetto and the singing with a Sanshin. Sanshin originated from sānxiàn in China, as well as Shamisen. Although Shamisen culture got out of use in Japan, Sanshin is necessary in people’s life in Amami Oshima even now. 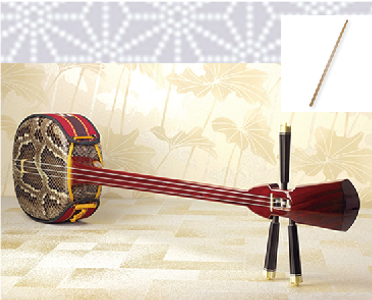 1. TAWARA TSUMI uta  (Aomori)
double Tsugaru Shamisen / Shakuhachi / Singing / Taiko / Suzu / Hayashi
“Tawara tsumi” means to load a straw bag containing 60 kg of rice into a warehouse.
Entertainers used to go door to door for the New Year to sing this song, performing “tawara tsumi” which is a symbol for good harvest. They then would receive rice and money.
2. TSUGARU YAMA uta  (Aomori)  –  WAIHA bushi  (Aomori)
TSUGARU YAMA uta
Shakuhachi
When workers entered the mountain, they used to sing to ask for permission to take plants and animals that belong to the god of the mountain. And they would also sing to pray for their own safety.
WAIHA bushi
double Tsugaru Shamisen
“Waiha” is a dialect of Aomori used to express emotions. Local people say “Waiha” when they are sad, happy or surprised.
3. TAKEDA NO KOMORI uta  (Kyoto)
Tsugaru Shamisen / double Shakuhachi / Singing / Taiko
This is a lullaby transmitted in the ostracized community of Kyoto (a work song for children taking care of babies). The poor lifestyle of the children who were put out to service and the desire to return home are sung.
4. HONEN bushi  (Amami Oshima)
Sanshin / Singing / Taiko / Hayashi
The folk song of Amami Oshima located in the South Seas. It was dominated by the Shimazu clan for a long time. This song is about poor lifestyle due to the harsh labor and hunger of the era.
5. SHIN SOUMA bushi  (Fukushima)  –  JONGARA kyokubiki  (Aomori)
SHIN SOUMA bushi
Tsugaru Shamisen / Singing / Taiko / Hayashi
It is said that people who left Souma (Fukushima prefecture) for work sang this song because they missed their hometown. It overlaps the present situation of people who were deprived of their hometown and were forced to evacuate due to the nuclear accident in Fukushima in 2011.
JONGARA kyokubiki
Tsugaru Shamisen
Tsugaru shamisen was the instrument that a blind man called Bosama played to survive. This is the most famous song of them all and a solo full of improvisation. In this song various rhythms and advanced techniques are frequently used.
Single ‘GENPATSU KAZOEUTA (原発数え唄)’
This Nuclear Counting Song is a song written by Toshio Inoue (Representative of the Fukushima Group Evacuation Trial) and Takao Arai, following the Fukushima nuclear accident in 2011. A message to the anti-nuclear power plant is sung on the ancient Aomori folk song “Yasaburo-bushi” and Amami’s island song “Gopannya Kana”.